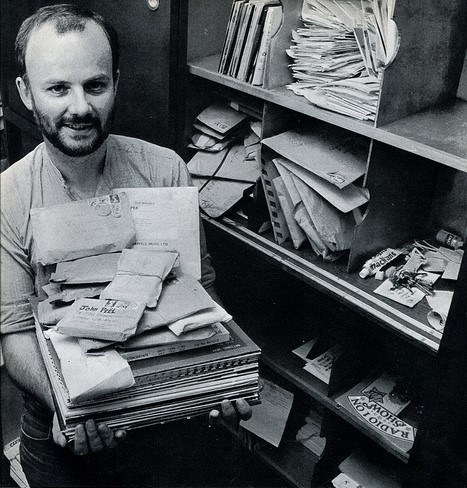 John Peel was, without doubt, one of Britain’s most loved broadcasters at the time of his death.
John was working in, of all places, Peru when he had a heart attack in the historic Inca city of Cuzco.

So what was it about John that made his death such a historically sad event? – you don’t have to look far for the answer to that. His path to what we would now call “celebrity” status was fairly typical at the time – although I’m pretty sure that John would never have regarded himself as a celebrity as such.

John Peel – A Journey From Pirate Radio Ships To The BBC

John Peel was a famous and very talented man who helped hundreds of artists and bands to find acceptance and, yes, fame, as he carved out an enviable career – first with so-called “pirate” radio, (he worked for Radio London, albeit for a few short months), and later with the BBC.

What made John different is that he was willing to push the boundaries and give a “leg up” to bands that would otherwise simply fallen by the wayside. He is famous for many things but one of them is the fact that he played both sides of Mike Oldfield’s debut album, the ground-breaking “Tubular Bells” in full, on his BBC radio show.

Mike Oldfield himself acknowledges that this exposure played a major part in making the album the multi-million seller that it became. By a process of extrapolation you could therefore put forward an argument that John Peel gave a head start to Richard Branson and the Virgin empire – Richard himself acknowledges that Tubular Bells was the catalyst that helped launch Virgin Records into the big time.

John Peel was the man that brought us bands we would never otherwise have heard. Captain Beefheart and the Magic Band, for example, owe their UK popularity, limited as it was, to John Peel being the only UK DJ, as far as I know, who ever played tracks from their albums on the BBC – most notably “Troutmast Replica” which was always going to be a hard sell in 1960’s Britain.

I always believed in what John was doing – providing a platform for upcoming artists to perform to a large audience. He made music from all types of artist accessible to all. I’m sure he had his favourites and that occasionally there were artists on his playlist that he might not have liked that much but that never seemed to affect his even-handedness. If you had talent and were passionate about what you did, he would give you a chance. That’s why I, and thousands of others, loved him.

So it came as a very pleasant surprise when, during a visit to a friend in Suffolk, she suggested that we visit the The John Peel Centre for Creative Arts, which is located in the Suffolk town of Stowmarket, close to where John and his family lived.

Much more than just a dusty old memorial, this vibrant centre still does a large part of the work that John did when he was alive – it provides a platform for “lesser known” artists to perform and gain that vital experience of playing live in front of a real audience.

It was around midday in the middle of the week when we turned up and, although the place was technically closed we were invited in by one of the volunteers that runs the place and given the tour, made welcome and invited to look around and stay as long as we wanted.

Upstairs there is a bar with a full size photograph of Johns legendary record collection forming the front of the bar. It looked so realistic that I actually tried to look at one of the album sleeves by pulling it from the “rack”. Of course, I couldn’t – it was just an image.

Apparently the actual collection is still located at John’s former home, still in the process of being cataloged. As the collection is reputed to consist of more than 26,000 albums, that could take some time.

All in all I just wanted to say that my visit to the centre somehow rekindled my enthusiasm for what john did and achieved. The music business has changed so much that it would be difficult to replicate what John did all those years ago. The exposure given to an artist i still important but it has as much to do with their “presence” on social media and music websites as it does on the action of DJ’s.

John was a true man of the people and a man of his time and it is in that way that I shall remember him.