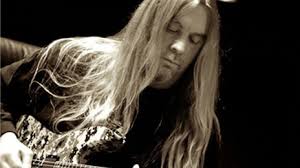 Slayer Guitarist Died From Liver Failure, Not As A Result Of The Spider Bite Which Caused Necrotizing Fasciitis

The guitarist Jeff Hanneman was a founder member of thrash metal band Slayer. He formed the band in 1981 with fellow guitarist Kerry King. Regarded as being one of the leading acts in the Thrash genre which came to the fore in the 1980’s and continues to be popular today, Slayer often courted controversy with the choice of subject matter for their lyrics.

Despite all of that, Slayer were hugely successful both live and on record. Estimates vary as to their album sales but it is fairly certain that a figure somewhere in the region of 30 million worldwide would not be far from the mark.

Jeff Hanneman was undoubtedly a pivotal member of the band and contributed to their musical output both musically and lyrically. He was an accomplished guitarist and was capable of delivering the high speed technically polished picking that was essential to the fast-paced material produced by the band and others in the genre.

In 2011 Jeff was reported to have contracted the flesh-eating disease “necrotizing fasciitis” as a result of a spider bite. It was said that this incident took place in 2010 whilst he was in a friend’s hot tub. Following this, Jeff was forced to take time away from touring whilst the condition was being treated. He underwent a series of operations to remove dead tissue from his arm and was in a medically-induced coma for a few days.

There followed a period of convalescence during which the seriousness of the disease became more apparent with reports that Jeff almost had to learn to walk again.

When his untimely death was first announced in early May 2013 it was widely reported that he had died as a result of the spider bite induced necrotizing fasciitis but in fact this later proved not to be the case. The coroner’s report into Jeff’s death confirmed that it was in fact alcohol-related cirrhosis, (liver failure) that was the actual cause of death.

It appears that Jeff, along with his friends, family and bandmates had been largely unaware of this condition or at least of the advanced stage it was in.