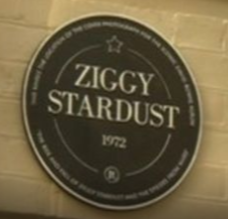 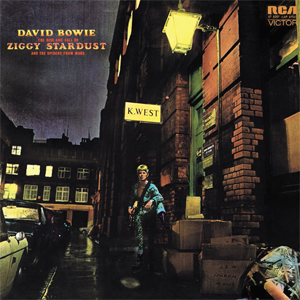 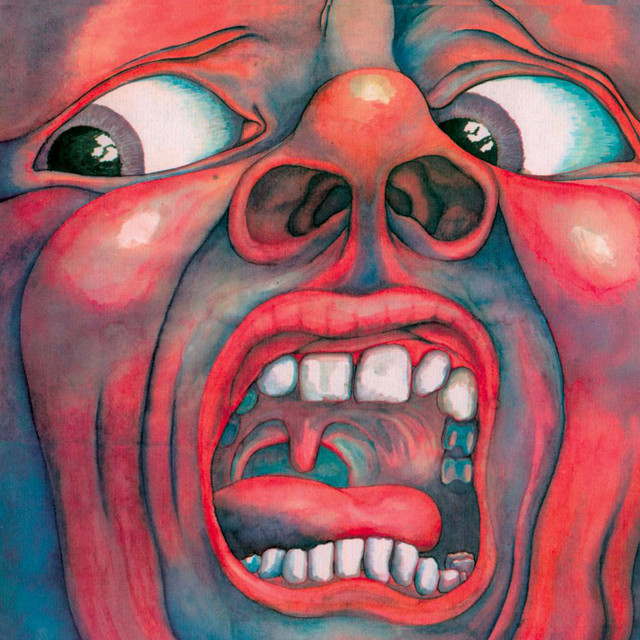 King Crimson Still Rules in the Court of the Crimson King

Formed some 50 years ago in London, King Crimson have been delivering the finest quality, innovative and hugely entertaining music that they are rightly famous for since 1968.

Yes, the lineup has changed many times since the original band which included Greg Lake on Bass and vocals but a finer set of musicians would be very difficult to find. At the time of writing the lineup looked like this:

King Crimson originally grew out of the remnants of an unsuccessful trio called Giles, Giles & Fripp. Michael Giles (drums, vocals), Peter Giles (bass, vocals), and Robert Fripp (guitar) had begun working together in late 1967 after playing in a variety of bands: Fripp’s résumé included tenures with the League of Gentlemen and the Majestic Dance Orchestra, while the Giles brothers had played with Trendsetters, Ltd. After signing to Deram, the trio recorded their debut single, “One in a Million,” and began cutting a follow-up album, The Cheerful Insanity of Giles, Giles & Fripp, during the summer of 1968.

Even as the record was in the works, however, the group’s lineup was changing: ex-Infinity singers/guitarists Ian McDonald and Peter Sinfield joined late in 1968, and Judy Dyble, who had passed through the first Fairport Convention lineup, signed on briefly as a singer. This lineup recorded demos of “I Talk to the Wind” and “Under the Sky,” but soon dissolved: Peter Giles exited the scene in November of 1968, and Fripp’s childhood friend, vocalist/bassist Greg Lake, joined two days later. The new roster of Fripp, Lake, McDonald, and Michael Giles — with satellite member Sinfield writing their lyrics and later running their light show, among other functions — officially became King Crimson on January 13, 1969, deriving the name from Sinfield’s lyrics for the song “Court of the Crimson King.”

In July of 1969, the group debuted in front of 650,000 people at a free concert in London’s Hyde Park on a bill with the Rolling Stones; later that month the band ultimately recorded and produced their first album. In the Court of the Crimson King was one of the most challenging albums of the entire fledgling progressive rock movement, but somehow it caught the public’s collective ear at the right moment and hit number five in England in November of 1969 — four months later, the album climbed to number 28 on the American charts. Ironically, at the peak of the LP’s success the original band broke up: McDonald and Giles were becoming increasingly unhappy with the music’s direction, as well as the strain of touring. By November they decided to leave — Fripp was so shaken that he even offered to exit if they would stay. The original group played their last show in December 1969; Greg Lake, having joined the group last, was uncomfortable with the idea of staying on with two replacement members, and had also been approached by Keith Emerson of the Nice about the possibility of forming a new group. He soon decided to leave Crimson as well, but agreed to stay long enough to record vocals for the next album.

Whether there would even be a next album was debatable for a time after Fripp was offered the chance to replace Peter Banks in Yes. Finally, a new single (“Catfood”) and album (In the Wake of Poseidon) were recorded early in 1970: essentially a Fripp-dominated retake of In the Court of the Crimson King, Lake sang on all but one of the songs, Fripp played the Mellotron as well as all of the guitars, and a new singer, Fripp’s boyhood friend Gordon Haskell, debuted on “Cadence and Cascade.” Fripp spent the month of August rehearsing a new King Crimson lineup, consisting of himself, Haskell (bass, vocals), saxman/flutist Mel Collins (who had played on Poseidon), and Andy McCulloch (drums). This group, augmented by pianist Keith Tippett, guest vocalist Jon Anderson of Yes, oboist/English horn virtuoso Robin Miller, cornetist Marc Charig, and trombonist Nick Evans, recorded the next Crimson album, Lizard, in the fall of 1970, but Haskell and McCullough both walked out soon after it was finished; with Fripp busy putting a new band together, Peter Sinfield took over the final production chores.

In December of 1970, Ian Wallace joined on drums, and after auditioning several aspiring singers including Bryan Ferry, Fripp chose Boz Burrell as the group’s new vocalist. The latest Crimson lineup of Fripp, Burrell, Collins, and Wallace emerged on-stage in April of 1971, and for the next year, King Crimson was a going concern, playing gigs across the globe. The only casualty during the remainder of the year was Sinfield, who split in December after Fripp asked him to leave. Their new album, Islands, got to number 30 in England, and number 76 in America; the band might’ve succeeded had it lasted for another album to make its case, but in April of 1972, this latest lineup broke up after Wallace, Collins, and Burrell moved as a trio to join Alexis Korner in a band called Snape. (Burrell later became the bassist with Bad Company.)

It seemed as though King Crimson had finally come to an end. Then, in July of 1972, Fripp put together a new band consisting of ex-Yes drummer Bill Bruford, ex-Family member John Wetton on bass and vocals, David Cross on violin and Mellotron, and Jamie Muir on percussion. Sinfield‘s successor as lyricist was Richard Palmer-James, who was otherwise invisible in the lineup. This group recorded their debut album, Larks’ Tongues in Aspic, and played their first show in Frankfurt in October of 1972. Muir was out of the lineup by early 1973, and as a quartet, the band toured England, Europe, and America while Larks’ Tongues made it all the way to the Top 20 in England. In January of 1974, King Crimson cut a new album, Starless and Bible Black, thus becoming the first lineup to remain intact for more than one American tour and more than one album (discounting the departed Muir).

Alas, by July of 1974 even this long-lasting King Crimson lineup had begun to splinter. This time Cross was the one to exit following a performance in New York. With King Crimson reduced to a trio of Fripp, Wetton, and Bruford, one more album, Red, was completed that summer with help from Cross and former members Mel Collins and Ian McDonald (who was soon to go on to fame and fortune as the co-founder of the arena rock band Foreigner). Fripp disbanded the group on September 25, 1974, seemingly for the last time. Wetton later passed through the lineup of Uriah Heep before going on to international success as the lead singer of Asia, while Cross later turned up on the Mellotron multi-artist showcase album The Rime of the Ancient Sampler.

In June of 1975, 11 months after their last public concert, a live album called USA was issued, followed four years later by Fripp‘s first solo album, Exposure. Finally, in April of 1981, Fripp formed a new group called Discipline with Bruford, bassist Tony Levin, and guitarist/singer Adrian Belew. By the time their album was released in October of that year, the group’s name had been changed to King Crimson (the album was still titled Discipline, however). This band, with a herky-jerky sound completely different from any of the other lineups to use that name, toured and recorded regularly over the years, and made full-length video productions; they splintered after two more albums, 1982’s Beat and 1984’s Three of a Perfect Pair.

King Crimson remained silent for about a decade, as compilations and vintage live performances continued to trickle out (including the box sets Frame by Frame, which mostly covered classic studio material, and The Great Deceiver, which featured live performances from 1973-1974). Finally, in 1994, Fripp reunited with the Discipline-era lineup, augmenting the group with drummer/percussionist Pat Mastelotto and bassist/guitarist/Chapman Stick player Trey Gunn. The EP VROOOM appeared late that year, setting the stage for a full-fledged comeback with 1995’s Thrak. The album earned generally good reviews and re-established Crimson as a viable touring concern, although it took until 2000 for the band to come up with a new studio album (ConstruKction of Light) amidst a continuing stream of archive-clearing collections. In the five years between Thrak and ConstruKction of Light, the members of Crimson often fragmented the band into experimental subgroups dubbed ProjeKcts. The idea was to mix things up a bit and generate fresh musical ideas prior to the forthcoming album; in the meantime, drummer Bill Bruford and bassist Tony Levin left the band. Culled from the supporting European tour, the live box Heavy ConstruKction was released later in 2000. For the band’s 30th anniversary, Fripp commissioned the remastering of the first 15 years’ catalog, featuring remastered sound and original album art. In 2001 and 2002, the quartet released two EPs leading up to 2003’s The Power to Believe and EleKtrik: Live in Japan. At the end of that year, Gunn announced his departure from the band as Tony Levin returned. This new quartet did some rehearsing, but ultimately Crimson was placed on hold for a few more years.

In late 2007, a new lineup was announced with Porcupine Tree drummer Gavin Harrison joining Fripp, Belew, Levin, and Mastelotto. Rehearsals in 2008 led to a handful of shows and a download of a live show, but no other recorded material. The year 2009 saw the bandmembers busy with other projects, putting Crimson on hiatus once again. In 2010, Fripp collaborated with Jakko Jakszyk (who had been working with other former Crimson members as the 21st Century Schizoid Band) for A Scarcity of Miracles, assisted by Levin, Harrison, and Mel Collins. Meanwhile, starting in 2009, 40th Anniversary Editions of the King Crimson catalog were issued with new multi-track and Surround Sound mixes by Steven Wilson.

Around this time, Fripp’s legal battles on behalf of the band were coming to a head. In 2012, Fripp announced his retirement from music in order to focus on legal and personal matters. However, that retirement was short-lived, and 2013 saw the announcement of a new King Crimson lineup. The lineup from A Scarcity of Miracles was augmented by the returning Pat Mastelotto and drummer Bill Rieflin (who had worked with Fripp in the League of Crafty Guitarists and the Humans), creating a three-drummer front line. Tours of the U.S. and U.K. were accompanied by 2015’s Live at the Orpheum. Radical Action to Unseat the Hold of Monkey Mind, a live recording from the septet’s December 2015 concert in Takamatsu, Japan (augmented by selected tracks from King Crimson appearances on tour in the U.K. and Canada that year), was released as a three-CD/one-Blu-ray set and a three-CD/two-DVD/one-Blu-ray limited edition in September 2016. June of the following year saw the release of the Heroes: Live in Europe 2016 EP, recorded in Berlin, Paris, and Vienna during the band’s 2016 European tour. The EP was highlighted by King Crimson’s cover of the David Bowie title track, performed at Berlin’s Admiralspalast as an homage to the late Bowie, with Fripp replicating the sustained guitar tone he brought to the original “Heroes” recorded in Berlin in 1977. Lizard-era bassist and singer Gordon Haskell died on October 15, 2020 at the age of 74. 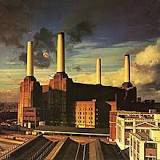 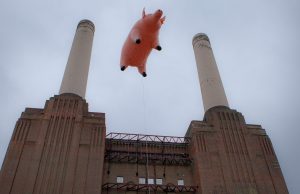 Is that a flying pig above Battersea Power station?

Yes – but not a real one, obviously. 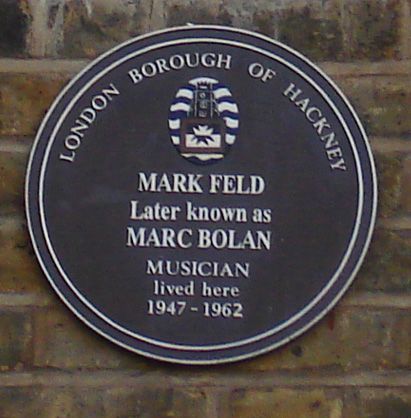 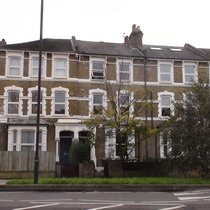 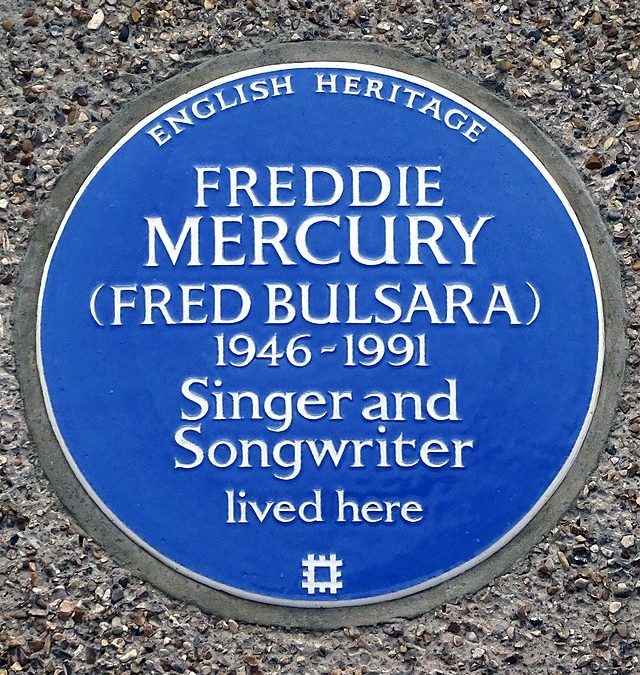 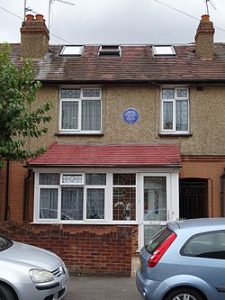