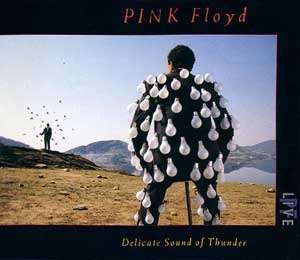 Why is Pink Floyd Delicate Sound Of Thunder a masterpiece?

It’s fairly certain now that we are never going to see Pink Floyd live again. Rick Wright has passed away and it just doesn’t look like the surviving members of the band have any inclination to make it happen – albeit with a different keyboard player. Instead, we must turn our attention to their recorded work in search of a live concert recording and, in my mind, the newly remastered Delicate Sound Of Thunder is the one to go for, it is their live masterpiece and a very rewarding listen.

The concert was actually recorded in August 1988 across five nights which took place at the Nassau Coliseum on Long Island, New York.  The album was mixed at Abbey Road Studios in September 1988.

The album was remixed in 2019 from the original master tapes. The concert footage itself, originally shot onto 35mm film, has also been remastered along with the soundtrack and remixed into a 5.1 version as well for the DVD and Blue Ray releases. Very nice!

Vinyl enthusiasts will be delighted to learn that Delicate Sound of Thunder is also available on 180g Vinyl (due for release March 2021). 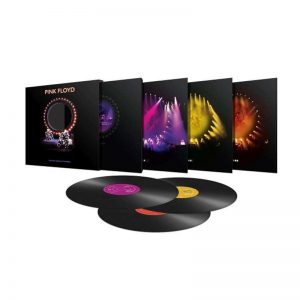 The concert opens with “Wish You Were Here” and sets the scene for the rest of the show. If you love Floyd’s music as much as I do there won’t be very much I can tell you about this iconic track so I would ask you instead to concentrate not only on the music itself but to the sheer brilliance of the recording. It sparkles and shines like any crazy diamond should and fills your ears and head with amazing sound. Brilliantly remixed and remastered, this is as close as you are now going to get to a Pink Floyd concert without leaving your home. As an aside to that, I would add that I recently saw the Australian Pink Floyd and came away feeling very satisfied, they do a great job.

The set list is wide and encompasses everything you would expect from a Pink Floyd concert. The version of Comfortably Numb that we are treated to is one of the best I’ve heard but I don’t particularly want to cherry pick, this is an album you can just put on and listen to without the need to touch the remote or leave your seat – it does run for over 2 hours though so perhaps take a drink and a snack with you.

Here is the set-list:

Please note that the actual tracks that feature on the different formats will vary. There is a deluxe box set which features an additional 5 tracks on the DVD and Blue Ray versions – check before you buy.